The City of Seville closed its 2019 presidency of the Community of Ariane Cities on Tuesday 26 November during the Council of Mayors at Seville City Hall, which brought together 33 members from across Europe.

The Council reviewed all the year’s activities and proposed strategies for 2020. At the meeting, the mayors signed the CVA paper entitled “Regions and firms united in promoting the excellence of European space transportation” in which they called for the need to invest more in Europe’s aerospace industry and stressed the importance of ensuring the continuity of its independent access to space. 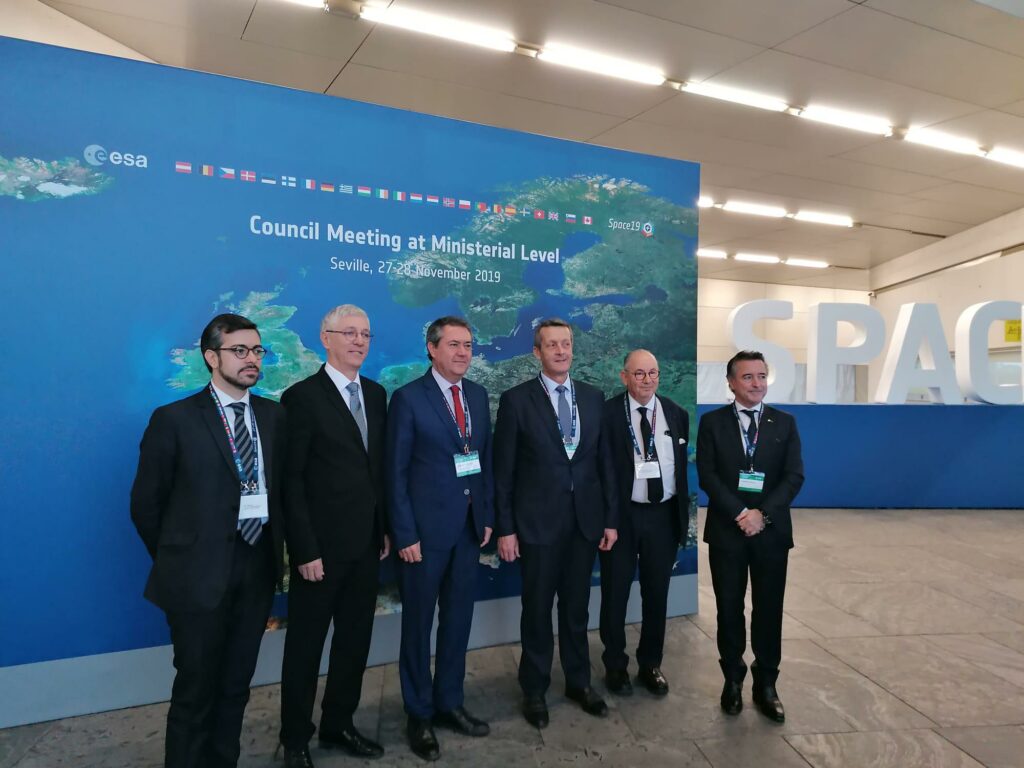 Other highlights of the Council were the Ariane City Mayors’ meeting of the Ministers of ESA’s Member States on the occasion of the Agency’s Space19+ Ministerial Conference, which also took place in Seville, on 2728 November, and the Mayors’ participation in the inauguration of Space19+.

The second Council of Mayors of the 2018 CVA Presidency, held by Les Mureaux, took place on 22-23 November 2018 and gathered nearly 30 representatives.

The International Astronautical Congress 2022 was held at the Palais des Congrès in Paris from 18 to 22 September.

This year the Science Holidays took place in Cannes from 3 to 10 July.

The CVA Council of Mayors of 18 and 19 November 2021 in Bordeaux elected a new General Delegate - Marco Biagioni.

A conference and gathering were organised at the Town Hall by the CVA and the CVA Member City of Liège, attracting almost 50 participants.

The Community of Ariane Cities wishes you a happy new year 2022.