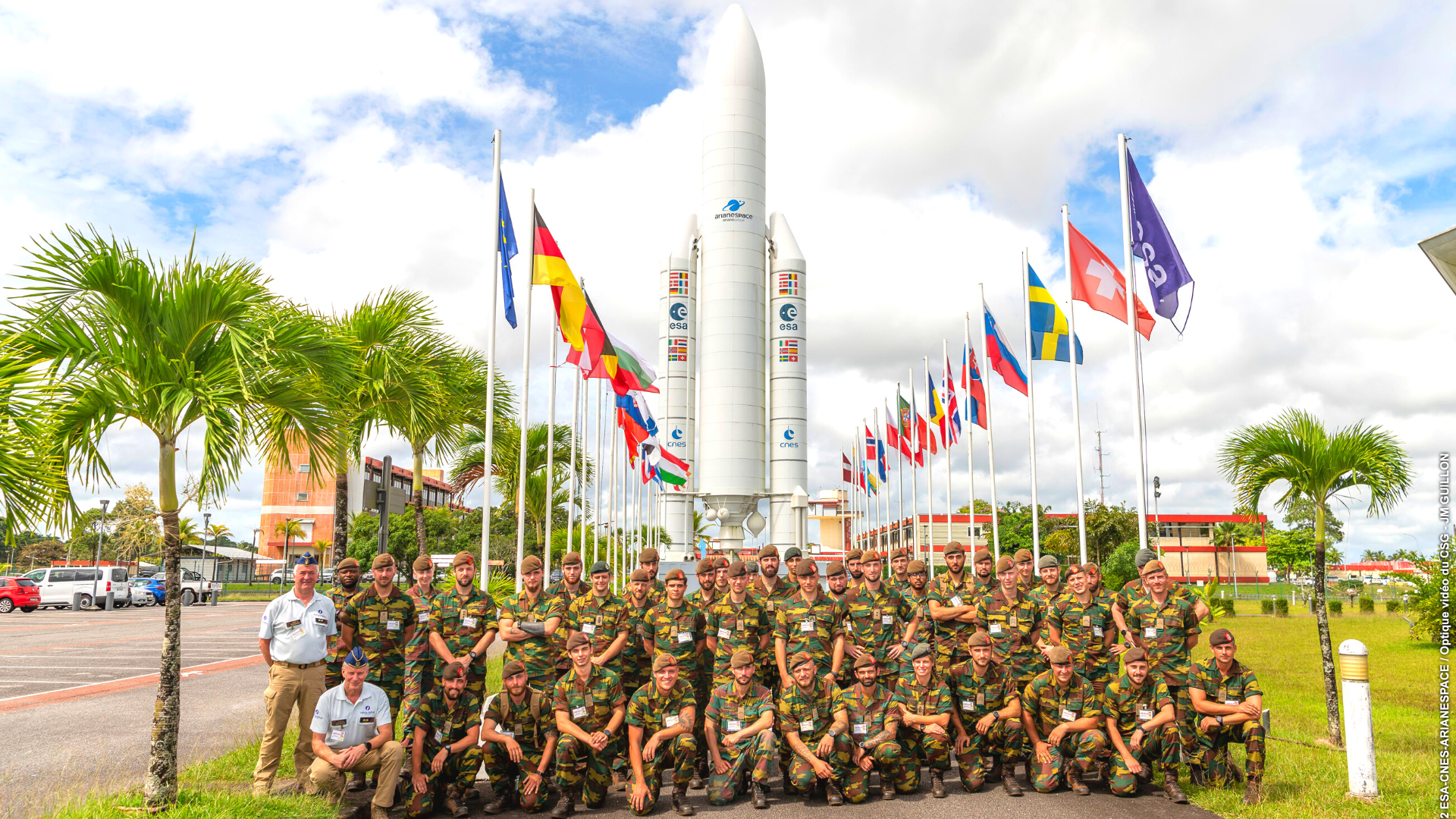 A new chapter in the history of the City of Liege, the 12th Prince Leopold Line – 13th Line and the CVA!

On 28 September 2021, in close collaboration with the Community of Ariane Cities and many of its members, a prestigious conference entitled “Space and Defence” was organised in Liège to celebrate the 60th anniversary of the sponsorship by the City of Liège of the 12/13Li and, in July 2021, two children from Lignards took part in the Scientific Holidays.

From 24 October to 7 December 2022, a detachment of the 12th Line Prince Leopold – 13th Line (+-120 persons) was the first Belgian detachment to carry out a 5-week training course in Guyana, at the CEFE (Centre d’Entrainement en Forêt Equatoriale) with the 3REI.

An intensive programme was waiting for them, but at the end of it, a moment was foreseen to discover the Guiana Space Centre. Indeed, on Monday 5 December, the Lignards visited the European gateway to Space.

On Friday 2 December, the – in Belgium – traditionnal “Toast au Roi” took place in the headquarters of the 3REI in Kourou. An important ESA delegation led by M. Daniël de Chambure, Head of ESA STS Kourou Office, attended the ceremony. An occasion have interesting conversations about the training at CEFE, French Guyana, the EU space sector. 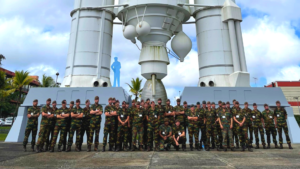 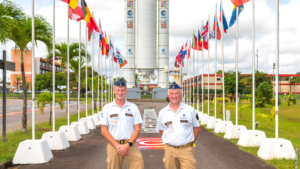 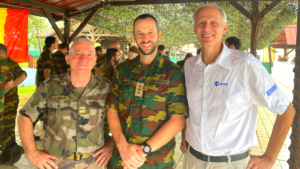 The Forum Ariane Lampoldshausen has taken on this year’s presidency of the Community of Ariane Cities (CVA), under the direction of mayor Harry Brunnet.

The Mayor of Sevilla, Juan Espadas Cejas, and the President of the Regional Government of Andalusia, Susana Díaz, inaugurated on 4 October 2017 the World Space Week in Sevilla.

The 19th edition of the CVA Summer School on space transportation systems was hosted on 15 July to 11 August 2018 by the City of Seville.

The Community of Ariane Cities (CVA) and the town of Kourou – which holds the 2015 CVA Presidency – are jointly presenting an exhibition entitled "50 Years of Space Adventure" at the Grand Hôtel Montabo.

The City of Seville closed its 2019 presidency of the Community of Ariane Cities on Tuesday 26 November during the Council of Mayors at Seville City Hall.