About thirty European companies working directly or indirectly on the European launcher were represented at the Ariane Cross, organised in Bordeaux on Saturday 25 September.

The weather conditions were not the best for running on Saturday morning, 25 September, but they did not prevent the 600 or so participants in the Ariane Cross from enjoying the race.

After a 100% digital 42nd edition in 2020, due to the health crisis, the 43rd edition was finally held despite many uncertainties throughout its organisation.

From the race village set up in the Square Toussaint-Louverture, on the right bank of Bordeaux, runners from France, Spain, Germany, Belgium and Italy departed for various races of 10 km, 5 km and 2.5 km. A relay race and another for children, among whom were children from the social facilities who were invited by the city, ended the morning.

Everybody met on the evening of the race on the other side of the Garonne for a festive and private evening at Hangar 14 for the trophy ceremony.

A booth of the presidency of Bordeaux Metropole was present at the Gala evening alongside the cuvée de l’espace presented by Château Peyrat: 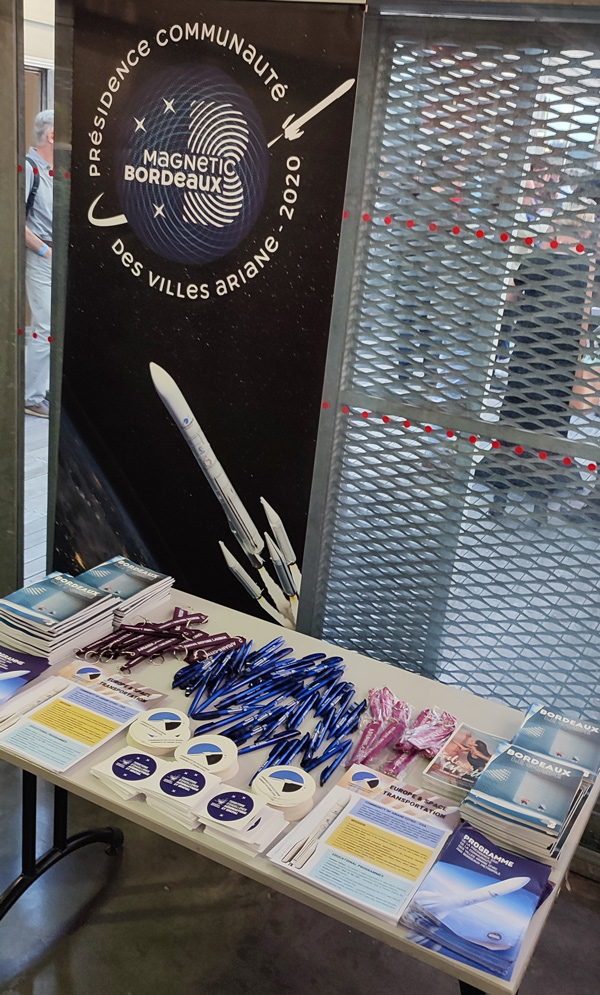 The small CVA-Bordeaux Métropole team, with no more than 7 participants, still managed to bring home 3 medals and be part of the podium: 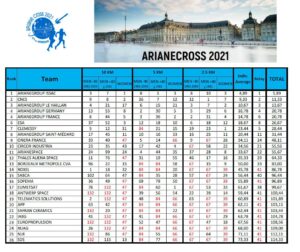 The City of Seville closed its 2019 presidency of the Community of Ariane Cities on Tuesday 26 November during the Council of Mayors at Seville City Hall.

The Community of Ariane Cities (CVA) and the town of Kourou – which holds the 2015 CVA Presidency – are jointly presenting an exhibition entitled "50 Years of Space Adventure" at the Grand Hôtel Montabo.

On 28 and 29 April, CVA members met in Rome for the first Council of Mayors of the 2022 Presidency.

BORDEAUX-MÉTROPOLE TAKES OVER THE PRESIDENCY OF THE CVA

BORDEAUX-MÉTROPOLE TAKES OVER THE PRESIDENCY OF THE CVA

On 20 February, Bordeaux-Métropole took over the presidency of the Community of Ariane Cities (CVA).

A NEW YEAR, A NEW CITY FOR THE CVA PRESIDENCY!

A NEW YEAR, A NEW CITY FOR THE CVA PRESIDENCY!

It is officially announced, the city of Colleferro in Italy will hold the Presidency of the Community of Ariane Cities in 2022.

The 2nd Council of Mayors of the 2015 Presidency of the Community of Ariane Cities (CVA) was held on Thursday 5 November at the European Space Agency.