The Ariane VA25 flight, launched from Europe’s Spaceport in French Guiana (CSG), became part of the history of the Community of Ariane Cities. This time, the launcher carried the logo of our member Bordeaux Métropole, 2020-21 CVA Presidency, in the framework of our City-Launcher sponsorship programme. The logo of the metropolis was affixed to the Ariane 5 fairing on the occasion of two years of close collaboration to promote the space transportation sector in the Bordeaux region.

Good to know: Bordeaux Metropole, a founding member of the Community of Ariane Cities, has three ArianeGroup sites, the prime contractor for the Ariane launcher family. Two of them are located in Saint-Médard-en-Jalles and the third in Haillan. 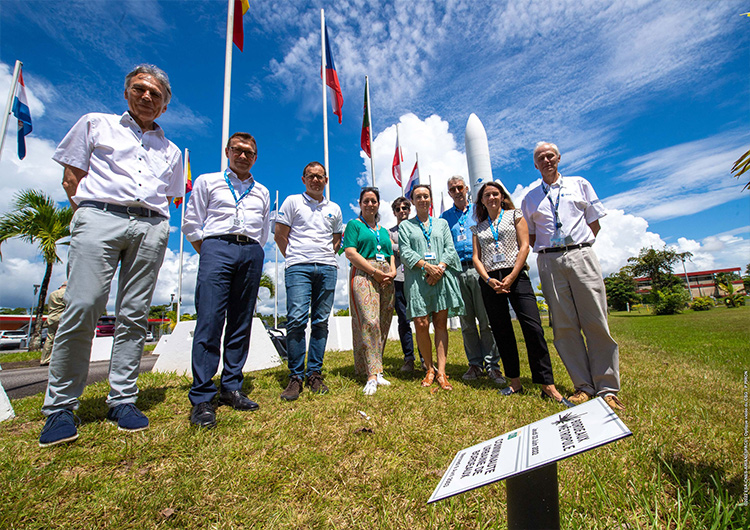 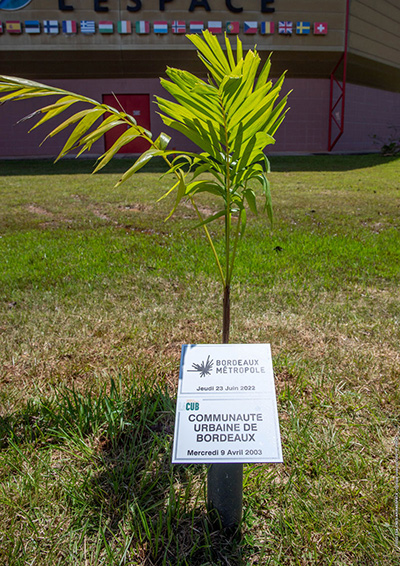 For each sponsored launch, a palm tree is planted on the CSG site to mark this special event. This year the ceremony took place in the presence of Stéphane Israël, CEO of Arianespace, Daniel de Chambure, Head of the ESA-Kourou Office and Pierre Tréfouret, Director of the CNES President’s Cabinet.

The Community of Ariane Cities is very honoured to be able to contribute to the visibility of its members through a symbolic act that will allow them to touch the stars and would like to thank the teams of Arianespace, ESA, Cnes and ArianeGroup for the organisation of this unforgettable event.
Credit photo : ESA / CNES / Arianespace / Service Optique CSG – P. Piron & S. Martin
Credit video : Arianespace / ArianeGroup /Bordeaux Métropole / SuperBoss Productions

The second Council of Mayors of the 2018 CVA Presidency, held by Les Mureaux, took place on 22-23 November 2018 and gathered nearly 30 representatives.

The Mayor of Sevilla, Juan Espadas Cejas, and the President of the Regional Government of Andalusia, Susana Díaz, inaugurated on 4 October 2017 the World Space Week in Sevilla.

The Alumni from the CVA Summer School in Bremen 2016 and in München 2017 visited French Guiana in November 2017.

The 18th edition of the CVA Summer School on space transportation systems, was hosted between 2 and 28 July, 2017 by the City of Toulouse and ISAE-SUPAERO.

This year the Science Holidays took place in Toulouse from 22 to 28 July.