COLLEFERRO – EUROPEAN CAPITAL OF SPACE IN 2022

The CVA Presidency, which this year is held by the city of Colleferro and its industrial partner AVIO, was inaugurated on 29 January 2022 at the Teatro Comunale Vittorio Veneto.

This ceremony also marked the 10th anniversary of the first VEGA launch and the commemoration of the victims of the explosion of the explosive factory (BDP) of 1.2.1938.

Francesco Guadagno, City Councillor and host of the ceremony, Pierluigi Sanna, Mayor of Colleferro and President of CVA 2022, presented the main lines and objectives of the ambitious programme of the Presidency, co-organised with the political, economic, cultural and educational actors of the Lazio region. Marco Biagioni, appointed General Delegate of the CVA in December 2021, also took the floor and presented the raison d’être of the CVA. 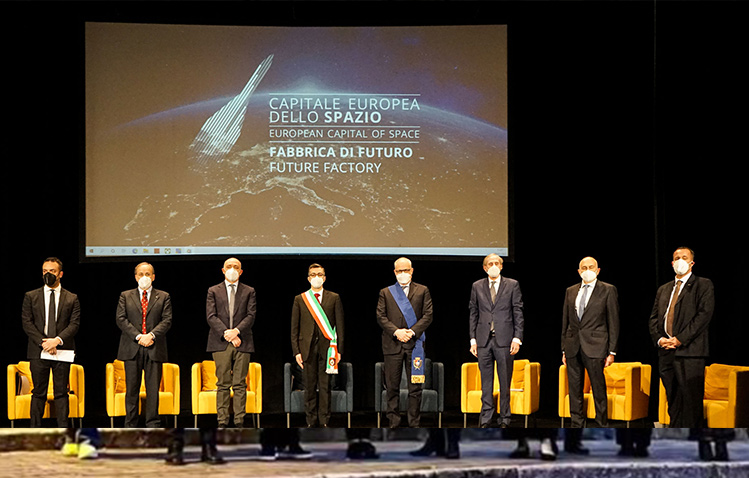 The members of the CVA representing the cities of Les Mureaux and Seville as well as ESA, ASI. CNES and Arianespace participated in this eventful day.

Finally, the CVA would like to thank the city of Colleferro and Avio for this successful event inaugurating a year dedicated to space!

The Community of Ariane Cities wishes you a happy new year 2022.

For the second consecutive year under the Presidency of Bordeaux Metropole and ArianeGroup, the 2nd 2021 CVA Council of Mayors was held at the Mercure Hotel in the heart of Bordeaux.

The 19th edition of the CVA Summer School on space transportation systems was hosted on 15 July to 11 August 2018 by the City of Seville.

In early 2020, Bordeaux Métropole took over the presidency of the Ariane Community (CVA) with its industrial partner ArianeGroup.