The Mayor of Sevilla, Juan Espadas Cejas, and the President of the Regional Government of Andalusia, Susana Díaz, inaugurated on 4 October 2017 the World Space Week in Sevilla. During the event the CVA General Delegate, Eros Pittarelli, officially announced that the city of Sevilla will hold the CVA Presidency in 2019, the 500th commemorative year of Magellan’s first circumnavigation and year of “Sevilla in Space”.

On Monday 28 and Tuesday 29 October 2019, the very first CVA Space Forum, the “Seville Space Forum”, was organised by the CVA .

The Forum Ariane Lampoldshausen has taken on this year’s presidency of the Community of Ariane Cities (CVA), under the direction of mayor Harry Brunnet.

About thirty European companies working directly or indirectly on the European launcher were represented at the Ariane Cross, organised in Bordeaux on Saturday 25 September.

The REVA Seminar 2016 took place in Hardthausen/Lampoldshausen in Germany from 18 to 21 July 2016, under the CVA Presidency of Forum Ariane Lampoldshausen and Mayor Harry Brunnet. 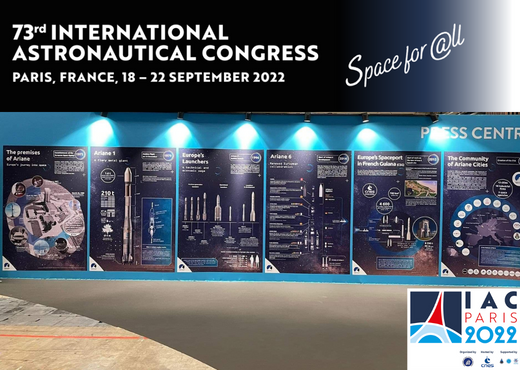 The International Astronautical Congress 2022 was held at the Palais des Congrès in Paris from 18 to 22 September.

In the frame of Science Holidays organised by the Community of Ariane Cities (CVA), the ArianeGroup site of Le Haillan, Bordeaux welcomed high school students from several European countries in early July.